Not a member yet?

Members get full access to our ridiculously helpful ecosystem of resources to help you ignite the next generation of kind & courageous leaders.

Marcel The Shell With Shoes On 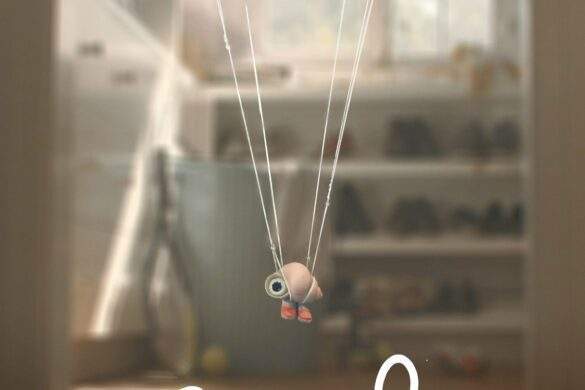 This Week's Call To Connect

Check out the new Family Movie Night recaps & find something to laugh about with your kids.

Let’s watch some kids’ movies and laugh at trash – all while revealing problematic messages in pop culture with our kids.

See? Discussing unpleasantness with our children can be fun!

I’ve got surgery right after the Rabbit year starts – and will need to go silent for several weeks through February and March.

So here’s the plan:

1. Through February and March, we're resisting the compulsion to produce.

While I convalesce and heal, I need an excuse to disconnect my value as a human and the stuff I make for others.

Come hang out with me while I try not working (so much)!

Get more info on how we help each other pick (less) battles.

2. I'm handing things off to the Robot Minions:

As a special treat while I’m away, my robot minions will be rolling out a new Family movie night every Tuesday through February:

All the new recaps, and when to expect them:

Plus, we’re finally finished with the entire hilarious, messy trash of the Minions Franchise:

Also! on request of the ten-year-old, we’ve begun a journey of exploration within the Shrek universe:

Stay tuned and check the Family Movie Night Collection main page every tuesday. Our plan is to catch up to the latest Puss in Boots movie if I can get coherent by March.

That is – if the Robot Minions don’t revolt and initiative the singularity. I’d give it a 50/50 shot the Robots haven’t taken over and locked me out of the LBT by March.

Next week, I’ll be back with my last update before the long break.

If I make anything cool for you by then, you’ll be the first to hear about it!

PS: This is your friendly holiday reminder that we need sharp haircuts & new threads for the Lunar New Year! Grab a our limited-edition Year of the Rabbit hoodie for your favorite people!

THIS WEEK'S CALL TO CONNECT

Which stories help your kids recognize the kyriarchy?

What small (or big?) thing have you managed to work through this month?

What did you mess up this week?
Let's talk about what we learned!

Cheer each other on & become a lean, mean, kyriarchy-smashing machine.

Check In
HEY SMARTYPANTS, LEND US YOUR WISDOM

How can we make these updates awesomer?

Help us create the kind of community you're proud to be a part of.

This page may use affiliate referral links. We may earn a small commission if you choose to make an order using these links.
Learn how we use affiliate links to support our community.